​To see more of Mullin's MDFR Air Rescue and Firefighter photography visit his website at srmpics.com/. To learn more about Venom One visit: www.miamiherald.com/news/local/community/miami-dade/article111992517.html. 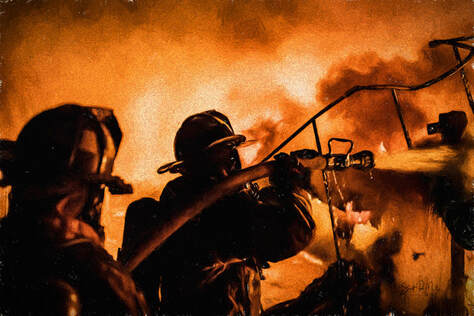 Snake Farm Fire 2/4/2019
​​I took this picture of two firefighters fighting a boat fire. Since 1998 I have been involved with our Venom Response team. With that position I have gone on a lot of crazy calls to homes full of venomous snakes. On the night of this fire I was sitting at my desk listening to the radio when a fire call came out. The address sounded familiar to me. As it should, it was the address of one of the biggest importers of exotic venomous snakes. I quickly got up and added myself to the call. I called dispatch to let the crews know they were responding to an address where hundreds of venomous snakes where housed. Cobras, Mambas etc.
​​
Luckily for the crew it was the address next door where some old boats and a van were set on fire. The crews worked hard to stop the fire before it spread to the snake farm. They did not want to have to fight a fire with venomous snakes under foot! ​
. 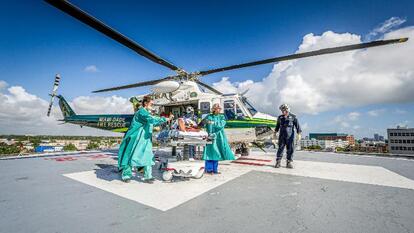 MDFR Air Rescue
Miami-Dade County encompasses more than 2,000 square miles (larger than the states of Rhode Island and Delaware). Our community is located along the southeast tip of the Florida peninsula. It is bounded by Biscayne Bay and the Atlantic Ocean to the east, Everglades National Park to the west, the Florida Keys to the south, and Broward County to the North. With a population of a little less than 3,000,000. Air Rescue enables our fire department to get patients from remote locations to the ER quickly. Air Rescue also provides our department with search and rescue capabilities.

​Here you see a trauma alert patient being rushed from Air Rescue to the waiting team at Ryder Trauma Center. These men and women put their lives on the line every mission to help save others. 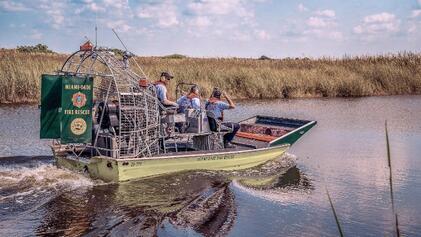 MDFR Air Boat Rescue
One-third of Miami-Dade County is located in Everglades National Park. Our Airboat teams train in challenging conditions and terrain. After the ValuJet crash in the Everglades (May11,1996) that claimed 110 lives it was determined that airboats and a trained crew would help us with responding in future events. Here our team responds out to assist in a search and rescue effort for a lost airboat. 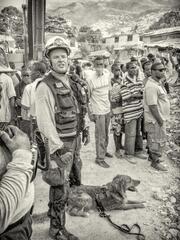 Me and my K9 Striker
Haiti Post Earthquake. ​On January 12, 2010 Haiti was hit by an earthquake 7.0. An estimated 160,000 lives were lost. I had the great honor of responding with my team Florida Task Force One to work as a K9 handler for two weeks. Our team of 80 people, mostly firefighter/paramedics  specifically trained for heavy rescue, along with team doctors and engineers, are trained for just such events. Our team was tasked with searching with our K9’s and other special search tools for those who were buried so deep no one would be able to find them. Our team was able to locate and safely remove 11 people. 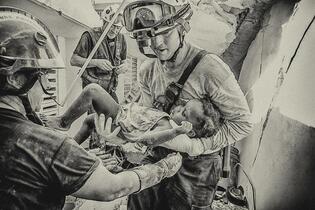 Our team medic holding a 3 year old girl our team found and dug out. The girl had        been buried under a three story home for five days. My partner PJ and her K9              Chase were able to pinpoint the girl’s exact location so we could safely remove            rubble to save her. What an honor that mission was for us all. 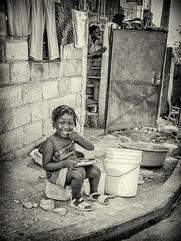 Third picture I took of life post earthquake is of a young Haitian girl eating on the streets with her                mother watching over her from behind. Even with so much tragedy the Haitian people welcomed us          with open arms. Most people feared going back into their homes due to violent after shocks--so they        would sleep outside at night and spend most of the day outside.